Is be Temples or other religious places, you can easily find beggars anywhere. Some of them are really needy whereas for some it is just a profession. Due to which people face lots of trouble at fair and religious places. In such a situation, many anti-social elements also join the beggars and cause problems to the general public. Keeping this in mind, a special squad has been formed for the upcoming annual Magh fair of Prayagraj. This fair will be of 43days. The Anti Begging Squad is designed to ban beggars from the fair area.

This is the strong arrangement for fair:
This arrangement has been made for the safety of pilgrims and tourists. According to the information, this step has been taken in view of the arrangements and security in the fair. Police have done verification of identity cards of more than 12 hundred people. Three squads are formed for it. Also, two levels have been made for the security of devotees.

Adequate forces are also deployed at all police stations and outposts to make this squad’s work easier. This will provide immediate help if needed. Three teams have been formed for checking identity cards. Also, Barricades and nets have been arranged for deepwater areas at all ghats. 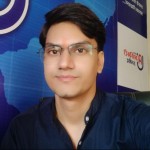